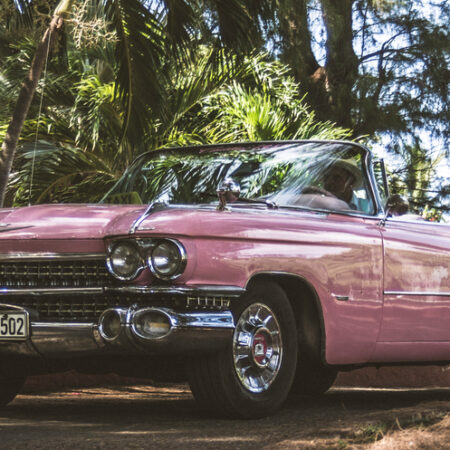 If you loved playing with Barbies as a child, the idea of driving an eye-catching pink Cadillac probably holds a certain appeal. It doesn’t matter how old you are or how mature you’ve become—those childhood fantasies of what adulthood could be are hard to resist.

That’s why the multi-level marketing brand Mary Kay relies on the promise of a free pink Cadillac to recruit new representatives to join its ranks. But do you really think a company can just give out free cars in this day and age? As it turns out, it can’t. Here’s what’s really behind those pink Cadillacs, or what’s officially known as the Mary Kay Career Car Program.

The Quick Lowdown on Mary Kay

If you’re not familiar with Mary Kay, let’s catch you up to speed. Mary Kay is a cosmetics company with a multi-level marketing model, or MLM for short.

MLMs are sometimes derogatorily referred to as pyramid schemes, since they rely on independent distributors (i.e. sales consultants or representatives who are not employees) not only to sell the cosmetics, but to also build a pyramid-like network of sellers working below them.

Legally, the distinction is a little more complex, but the MLM model itself is still seen by many as predatory and harmful, even if it’s generally legal.

What Is the Mary Kay Car?

The car in the header picture is what comes to mind when we hear the term “pink Cadillac,” but the reality is not quite so glamorous. These days, the signature Mary Kay car is a pale pink SUV, with the brand logo stamped on the side. The car itself functions as a promotional tool for the company, and yet, the best way we can describe it is that it’s… just fine? 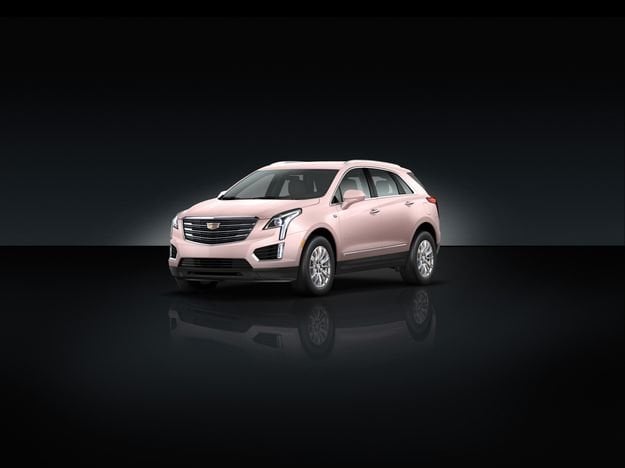 Who Gets to Drive the Mary Kay Car?

Mary Kay promises “high achievers” the use of a car from its fleet of cars, which traditionally consists of specially-painted pink Cadillacs.

What defines a high achiever changes from year to year, but generally, it’s a consultant that has already recruited other sales representatives to work below them, so as a team they manage to sell a high quota of Mary Kay products each month. Those consultants who get the cars are more than paying for it, considering the amount of money they make for Mary Kay.

The percentage of Mary Kay consultants who actually get to drive these cars is tiny. As of 2019, there are only 4,000 representatives with access to a Mary Kay car, out of millions of consultants worldwide. The number of representatives with cars has actually gone down over the years, since in 2014, the company reported having 6,000 qualified drivers.

The Car Is an Advertising Opportunity

There are a lot of companies out there that offer cars to their employees, but they never push the perk quite so hard. Every time a consultant gets a new car, it’s yet another chance to advertise and get press.

As the brand expands or makes small changes to its fleet of cars, you can rest assured that they’ll use the opportunity to send out press releases and to make glossy videos like this one:

If it sounds too good to be true, then it probably is. Indeed, Mary Kay doesn’t give out free cars.

If you read the company website and press releases, you’ll notice that the phrase “free car” never shows up.

Instead, the phrase they prefer is “earn the use” of the car. In other words, it’s just a lease. The consultants are promised use of the car for 2 years, as long as they (and the team of sales representatives below them) can keep up with their quota.

You may have seen local news reports about how a “Mary Kay rep wins her 16th car.” In reality, it just means that the consultant has qualified for a new car lease after a couple of years.

However, even with that, it gets more complicated, and there’s more to the story.

The Truth About the Mary Kay Car Program 2021

Getting to drive a leased car, while not quite the same as being gifted a free car, still sounds like a decent deal. However, there are actually a few more important caveats that make the Mary Kay Career Car Program even less worthwhile.

Who Owns the Car?

The car is leased in the consultant’s name from… Mary Kay? GM Motors? The partnership between the MLM giant and the car company is close, profitable, and mutually-beneficial, but we don’t know who exactly owns the car fleet.

However, the concept of a contractor leasing a car from the company with which they contract reminds us of other predatory situations, like Uber’s car leasing program (which has now ended, thankfully).

The Lease Counts as Income

As long as the consultant continues to reach the quota that qualifies them to use the car, the money that’s being paid towards the lease counts as income. The consultant will have to report that on her income tax and then probably pay taxes for it.

According to commenters on PinkTruth, the consultant is still on the hook for the car insurance. The insurance they pay through Mary Kay is almost always higher than what they would qualify for if they leased or purchased the car in a normal situation.

You Can’t Miss Your Quota

Finally, this is the worst part of the deal. If a consultant doesn’t reach their quota at any point during the 2-year lease period, they’re now responsible for a co-pay on the lease. As long as someone else is paying for it, it’s easy to miss the terms of the lease, but once a consultant undersells and misses their quota, suddenly those terms matter a lot.

The lease is overpriced when compared to a more standard lease-to-own or long-time rental plans, and the co-pays for a missed sales quota are comparable to just making payments on a car outright. In 2007, the payments could be as high as $900 per month.

Consultants end up scrambling to make sales, and what was presented as a reward is actually another chain shackling them to Mary Kay.

You Load Sixteen Tons, But You Don’t Even Get a Car

The Mary Kay Car Program is presented as a glamorous opportunity for girl bosses to sell lip gloss and get their dream car for “free.” When you dig deeper, it turns out it’s just a shiny bait that hooks you to the brand. Miss a sale, and suddenly you owe money, but not to some third party… oh no, it’s the company store. Guess what song is suddenly stuck in our head?

So if you really want a lovely, pale pink car, skip the pyramid scheme and just make friends with your local car repaint garage.