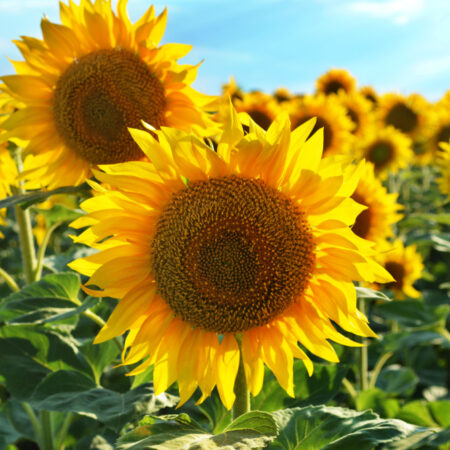 Sunflowers are strikingly bold and beautiful in gardens and fields, and the same goes for tattoos. Choosing yellow, brown, and green ink makes the design stand out among all the other tattoos you may have, but a traditional black ink tattoo is just as noticeable because of the sunflower’s defined shape.

What makes this tattoo design so desirable? Maybe it’s the underlying meanings and symbolism they carry. While each person may have their own meaning associated with sunflowers, they generally hold themes of happiness, good luck, and hope. Let’s take a closer look at how these meanings came to be and why you might want to get a sunflower tattoo.

Sunflowers have a fascinating history. They’re “recent” in western history, but they were utilized by Native Americans long before the Europeans ever found them. A confusing aspect of it is that the sunflower has a place in Greek mythology, but we’ll dig into that in a bit.

Sunflowers are native to North America, grown and bred by Native Americans. The seeds were once small, but as the Native Americans continually chose to grow the biggest seeds, the size of seeds became larger over time.

Sunflowers were used for several purposes. The seeds were eaten raw or cooked, or were turned into oil, just as we still do today. The stem juice was applied to wounds before they were bandaged, and they caused wounds to heal quickly and resist infection. It could also be used to treat spider bites.

The Rest of the World

After Europeans began settling in North America, seeds eventually made their way around the world through exports. American colonists aren’t known to have grown the sunflowers themselves, so the seeds most likely went from Mexico to Spain and then throughout Europe.

As they spread through Europe, the seeds were used for food and oil. Once they got to Russia, the Russians developed the Russian Mammoth sunflower that’s the most popular sunflower today. They can grow up to 12 feet high and one foot in diameter.

In the 1890s, this Russian Mammoth variety was introduced to North America, making the path of sunflower seeds go full circle.

There’s a lesser-known story in Greek mythology about Clytie. She was a water nymph who loved Helios, the sun god, but he left her for Leucothoe. Clytie was so hurt that she told Leucothoe’s father, which led to her death.

Clytie thought Leucothoe’s death would cause Helios to come back to her, but she was wrong. Instead, he hated her (which is reasonable), so she sat naked on the rocks for nine days, refusing to eat or drink, watching Helios (the sun). After nine days, she turned into a heliotrope, or a flower that follows the sun.

As mentioned earlier, sunflowers were only in North America until the Europeans found them and exported the seeds. Over time, the story of Clytie was adapted so that the flower was a sunflower.

It’s logical since sunflowers are heliotropes – in the morning, they face the east, and in the evening, they face west, due to the pattern of the sun. But it’s not so logical when you consider that they didn’t have sunflowers many centuries ago.

Sunflowers didn’t take long to gain global popularity, so there was bound to be some meanings and symbolism attached to them along the way. Here are some of the most common meanings they hold today.

Many people adore sunflowers, which greatly contributes to its being a symbol of adoration. Some people give sunflowers to their loved ones instead of roses, and many people plant them in gardens and flowerbeds simply because they love them.

In religious contexts, sunflowers occasionally serve as reminders to stay faithful and keep trusting in a higher power. This could be because the sunflower always faces the sun. The sun isn’t always out, however, but the sunflower “knows” that it will be out eventually. For those who follow a religion, the sunflower can serve as a reminder to have faith during hard times.

In a similar vein of thought, sunflowers also serve as a reminder to be hopeful. The symbol of hope isn’t tied to religious beliefs exclusively; it’s tied more to a general sense of optimism. Instead of viewing the sunflower as knowing the sun will come out, perhaps it’s hoping it will come out, so it keeps its flowerhead high.

If you’ve ever driven by a field of sunflowers, you probably know what it’s like to suddenly feel happy when you see the field of yellow basking in the sun. The bright yellow and large flowerheads seem to spark joy when they’re seen.

Or perhaps the joy is tied to the fact that sunflowers grow in the summer when the sun is bright and everything is alive. Joy may also be associated with nostalgia if a relative used to grow sunflowers every year.

Sunflowers are often used to spread some positivity, whether they’re grown in the garden, kept in a vase, or even if it’s just a painting. A sunflower tattoo will certainly have the same effect, especially if you choose colorful ink.

Sunflowers are garden favorites for those who live in parts of the world with little rain. Hot temperatures and drought seasons pose little threat to these resilient flowers, which is what makes them so desirable to grow. They stand strong in rough weather, which makes them the perfect symbols of loyalty and endurance.

A simple sunflower design pays tribute to the simplicity and beauty of “plain” tattoos. Many sunflower tattoos are made with colorful ink and intricate designs, but it also works as a simple black ink drawing. 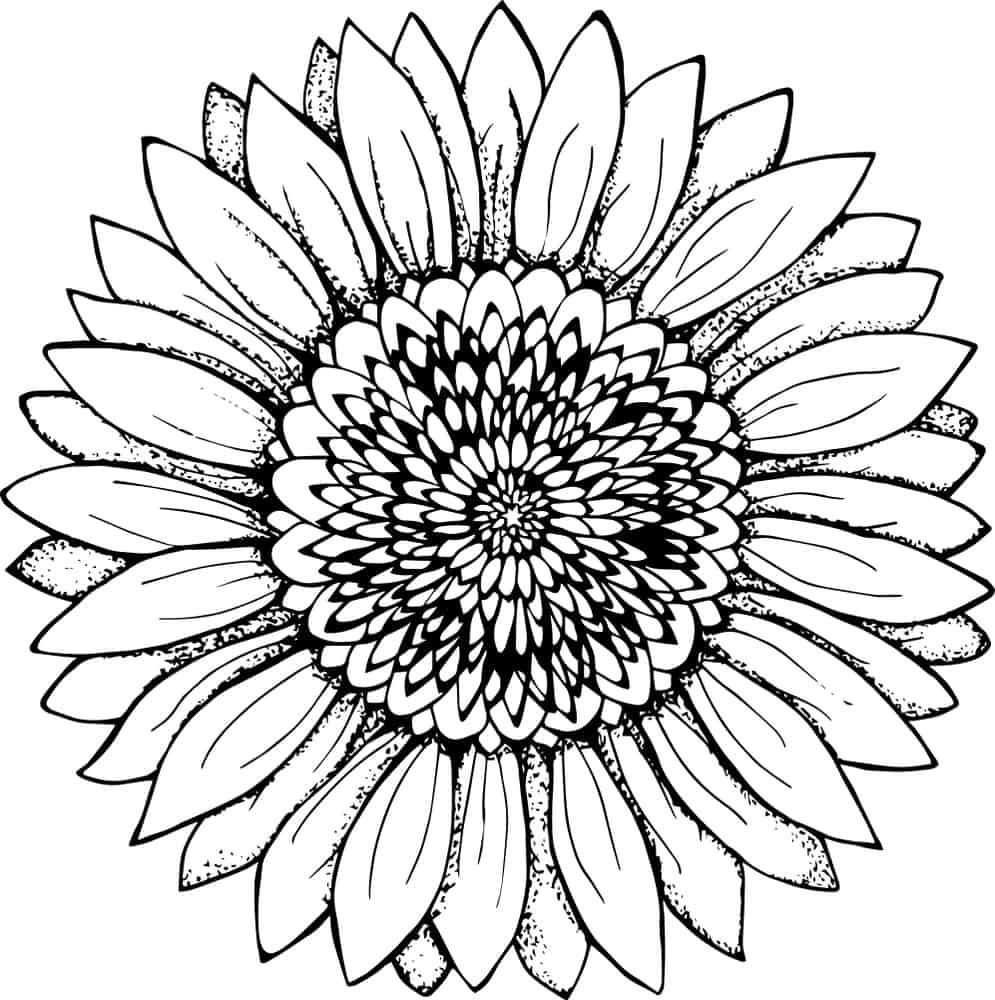 Sunflowers are usually seen as symbols of good luck in Chinese culture. Many people give them as gifts at ceremonies or special occasions as a way to wish someone the best.

Reasons to Get a Sunflower Tattoo

With all the meanings attached to a sunflower, there are a ton of reasons why you may want to get one as a tattoo. You can add other flowers, hearts, names, or anything else to the design to make the meaning unique to you.

If a relative or friend had an obsession with sunflowers, a sunflower tattoo can be a great way to remember them if they passed away or moved far away from you. They’re also great to have as matching tattoos with a friend or someone else special to you.

If you need a little positivity in your life, a sunflower tattoo is a great way to spread it. Get the tattoo on your hand or arm so it will always be visible. When others see it, it might spread some joy to them, too.

Just as the sunflower keeps looking to the sky, you can, too. Sunflower tattoos are powerful reminders to stay optimistic. It follows the sun throughout the day but remains standing tall even when it’s cloudy. When there’s no water to be found, it continues to thrive and push out beautiful petals. If you need a little encouragement, look to the sunflower.

Whether you choose bright colors for a sunflower tattoo or stick to traditional black ink, they’re a great way to add some positivity to your life.

Sunflowers are easily identifiable by almost everyone, and they’re most often associated with happiness and optimism. If you’re thinking about getting a sunflower tattoo, you’ll no doubt be happy when you do.