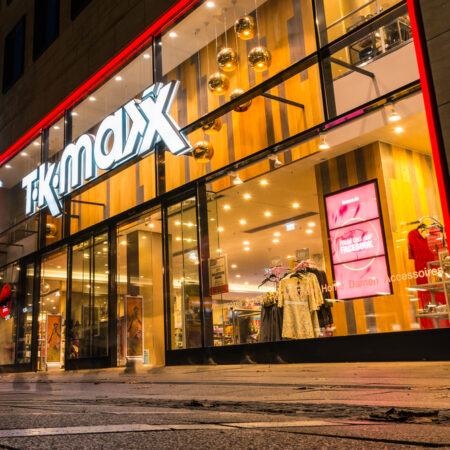 TJ Maxx is the place to go if you are looking for trendy, in-style, and often designer clothing at bargain prices, or if you are looking for unique knick-knacks, furniture items, or discounted accessories and beauty products. However, if you don’t live near a TJ Maxx or simply want to know what else is out there, there are other options for discounted retail stores available!

In this article, we will be discussing stores that are most similar to TJ Maxx in terms of clothing and other items offers and general pricing. Read on to learn all about our favorite discount (yet still stylish) department stores.

The History of TJ Maxx

First appearing in 1977, TJ Maxx is a chain of discount department stores best known for its bargain-priced clothing and beauty products, gourmet food products, and other household items, such as kitchenware and furniture. The store was initially created to rival Marshalls, but ended up buying out the company that owned the Marshalls stores in 1995.

Today, TJ Maxx has expanded its reach across the United States and internationally, opening several stores in Canada, the United Kingdom, Australia, and across Europe. The store also continues to grow as an e-commerce platform, and operates over 4,000 different stores as TJX Companies as of 2020.

If TJ Maxx isn’t an option, these stores have everything you would need and more to become your new favorite for discounted clothing and housewares. 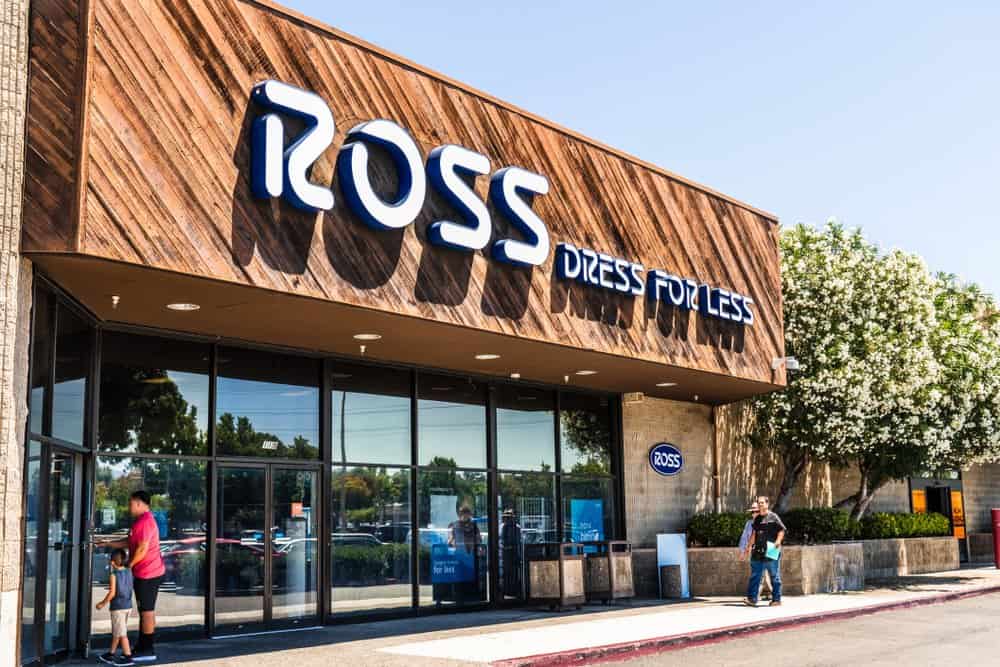 Founded in 1950, Ross Dress for Less has grown its way into becoming a household name when it comes to off-price department store goods. The retail chain is known for having a number of discount-priced items, including clothing, household decorations, kitchenware, accessories, and food items. Today, the chain operates over 1,400 stores in 37 U.S. states and Guam.

Ross Dress for Less is very similar to TJ Maxx. The stores have similar departments, including areas where shoppers can buy jewelry and other beauty products, and many of the clothing sold comes from other designer department stores. The prices are comparable between the two stores, and some of the items at Ross may even be priced a little more cheaply. 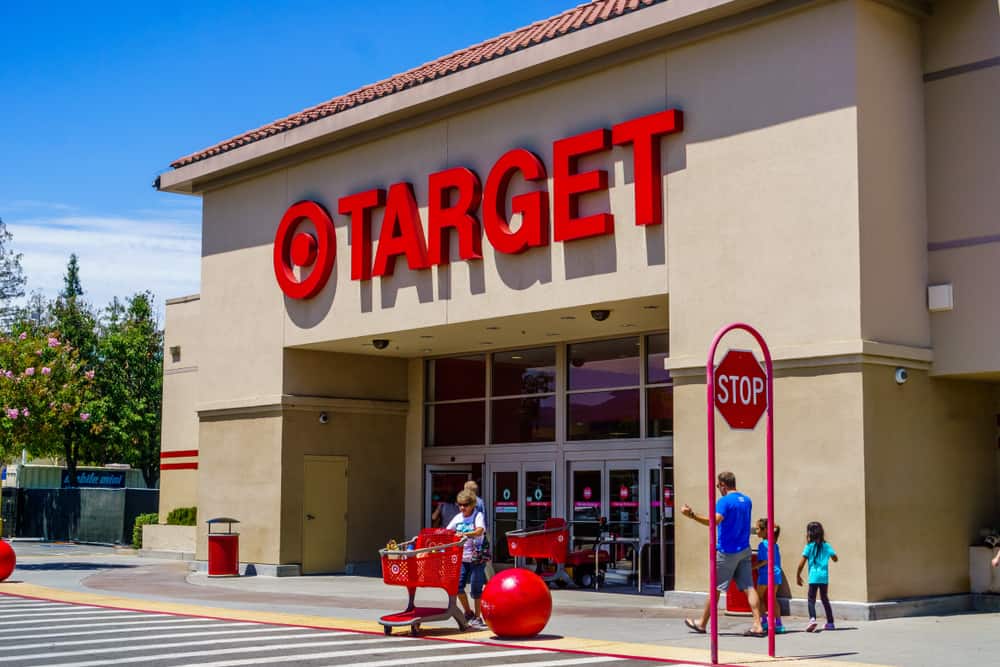 One of today’s most popular department stores for everything from clothing, to furniture, to groceries, Target first appeared in 1962 in Minnesota. The store found popularity, eventually becoming branded as Target corporation and expanded outwards, becoming the eighth-largest retailer in the United States.

Target is very similar to TJ Maxx. Both stores have a variety of departments, including clothing, accessories, bath items, and jewelry areas, that allow shoppers to treat it as a one-stop-shop. However, Target has a more expansive food and appliance section, sells electronics, and is typically priced a little more highly than TJ Maxx because of this. 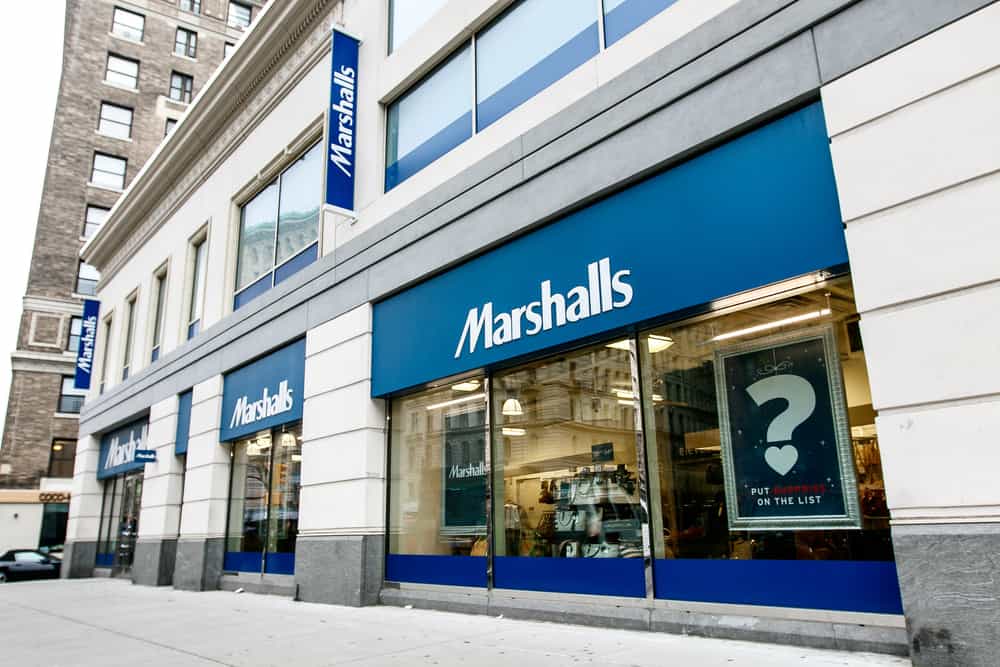 A former rival or TJ Maxx and now a partner store, Marshalls was first opened in 1956, capitalizing on the growth in suburbs at the time and targeting their discounted clothing and housewares at these areas. The chain was acquired by TJX Companies in 1995 and now operates over 1,000 stores across the United States and Puerto Rico, in addition to several stores in Canada.

Due to the fact that Marshalls is now owned by the same company as TJ Maxx, TJX Companies, these stores are very similar. They both have large department-style selections of trendy, designer-style clothing, beauty departments, housewares and furniture, and areas to buy beauty and wellness products. Marshalls is also priced very similarly to TJ Maxx. 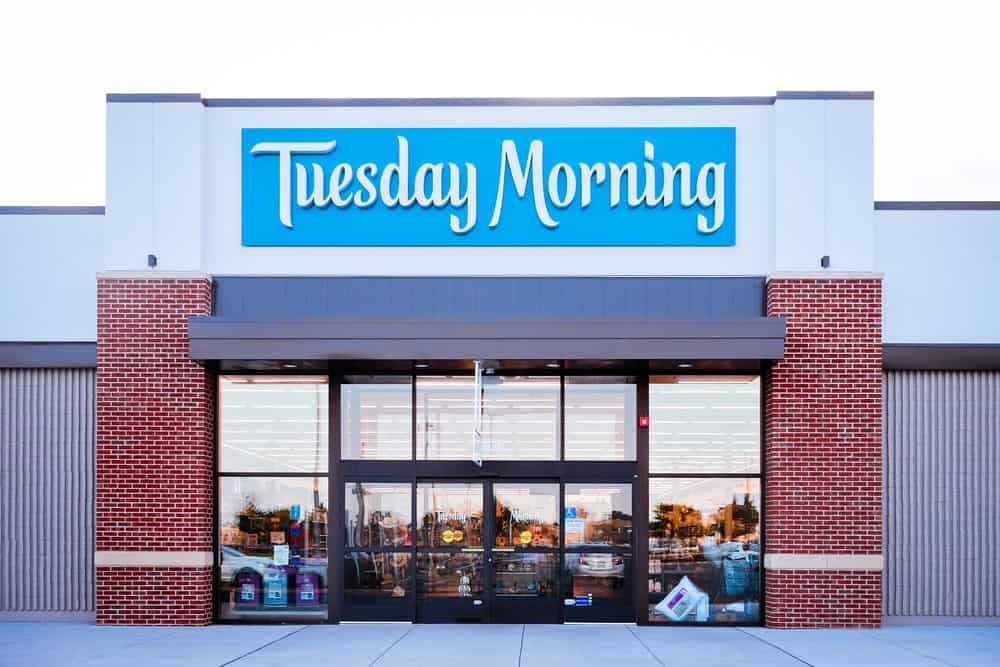 Established in 1974, Tuesday Morning is known for its large selection of housewares and home goods. It has a large selection of furniture and other decorative items, in addition to sections for food items and beauty products. As of 2023, the store operated nearly 700 stores across the United States.

Tuesday Morning is similar to TJ Maxx in that it has an extensive selection of housewares, including decorations, furniture, linens, and gourmet food and bath items. However, Tuesday Morning does not have an area for shoppers to purchase clothing, jewelry, or other accessories. The pricing between TJ Maxx and Tuesday Morning is fairly similar. 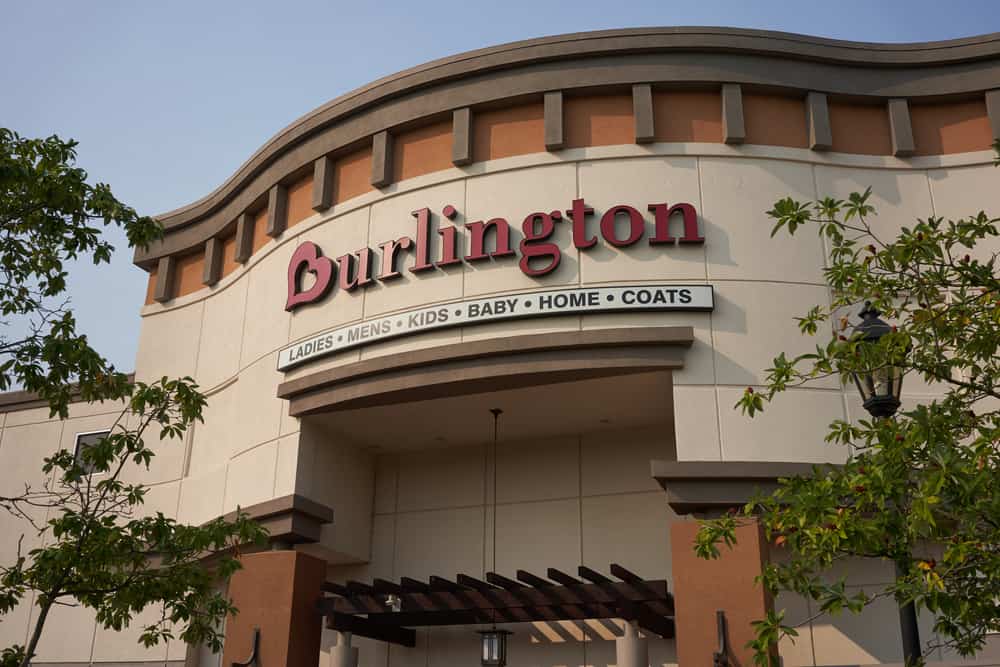 Formerly known as the Burlington Coat Factory, Burlington has been around in some form since 1946. The store initially specialized in discounted clothing and outerwear, but quickly expanded into carrying accessories, jewelry, and shoes. Today, it is the third-largest discount price retailer, only behind Ross Dress for Less and TJX Companies.

Burlington is very similar to TJ Maxx in terms of the clothing they carry. Both stores have extensive designer and fashionable designs at very competitive prices, and carry large selections of shoes and accessories. However, TJ Maxx has more housewares and food items than Burlington. 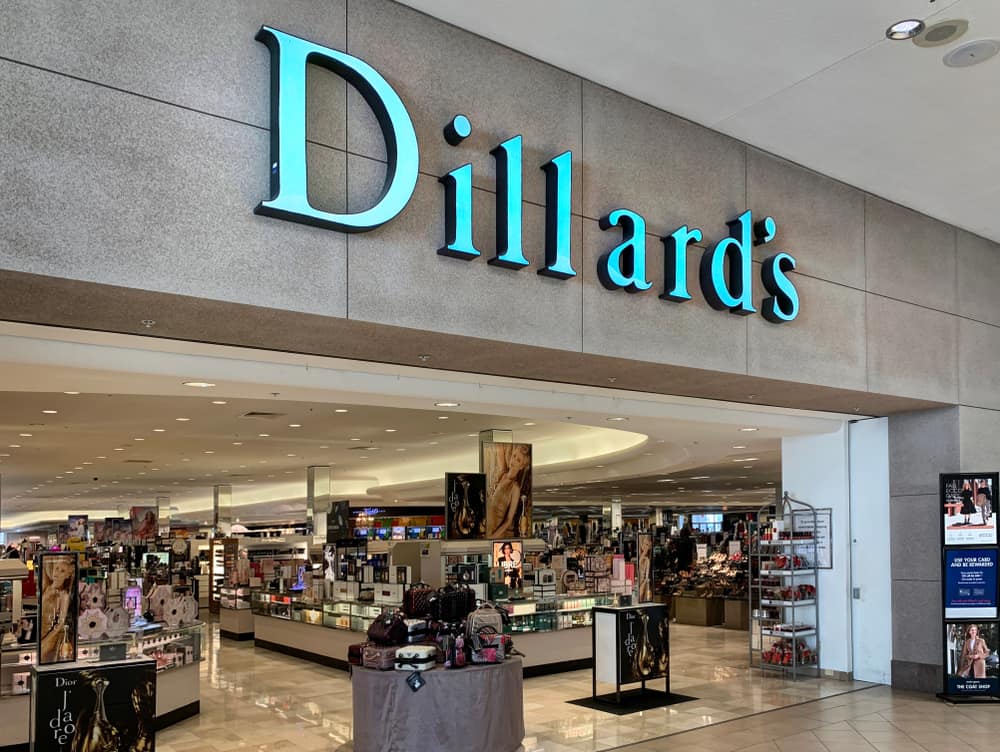 Designer department stores Dillard’s was founded in 1938 and is often found in shopping centers across the United States. The Dillard’s Clearance Centers are a recent trend and can also be found in shopping malls; these smaller stores carry many of the same designer housewares and clothing items found at Dillard’s for extremely discounted prices. 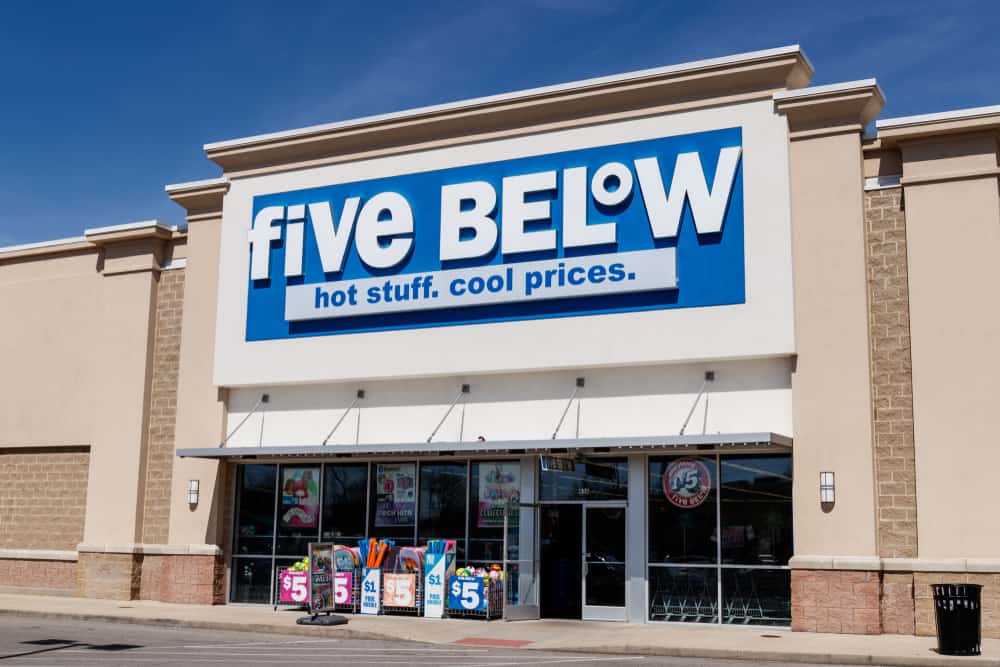 Specializing in items that are no more expensive than 5 dollars, Five Below has a wide selection of clothing, accessories, and other small trinket items. The store is target towards younger generations, notably teenagers and tweens, and also carries a large selection of discount art and school supplies. Five Below was created in 2002 and operates over 900 stores in the United States today.

Five Below is similar to TJ Maxx in that is offers a wide selection of clothing, accessories, and beauty products. However, many items at Five Below are much cheaper than those at TJ Maxx, and the store as a whole is targeted more towards teenagers, rather than adults. 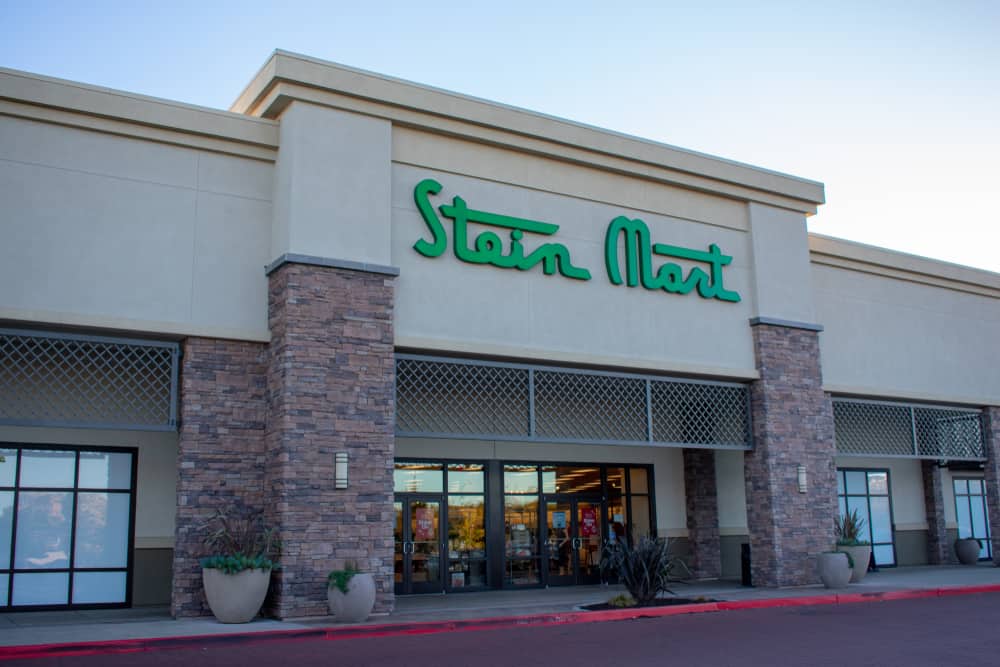 Started in 1908 in Mississippi, Stein Mart initially focused on selling general merchandise before specializing in discounted clothing in 1932. Over the years, the store added other departments such as housewares, decorative items, shoes, and accessories. Today, the chain operates a popular online website that shoppers can use to order items from anywhere in the U.S.

The clothing and accessories departments at Stein Mart are very similar to TJ Maxx. However, Stein Mart carries a larger selection of appliances and home decor, and the prices for many of their items may be slightly higher than at TJ Maxx. 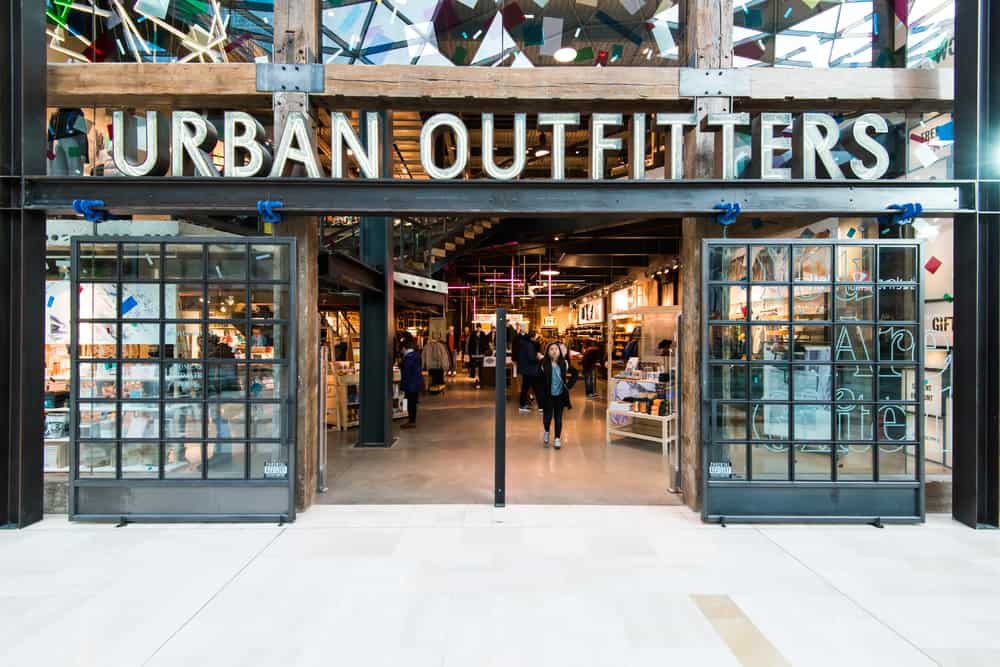 Part of the chain of stores that includes Anthropologie and Free People, Urban Outfitters was created in 1970. The store carries competitively priced clothing and the newest trends in housewares, furniture, and accessories, all of which conscribes to a more boho design and is targeted more towards younger generations of women.

Price-wise, Urban Outfitters is somewhat similar to TJ Maxx. Many of their clothing and home items can be a little more on the expensive side. The store’s overall target is also much narrower than TJ Maxx, as TJ Maxx provides goods aimed all ages and genders, while Urban Outfitters is mostly targeted towards women between 16 and 40. 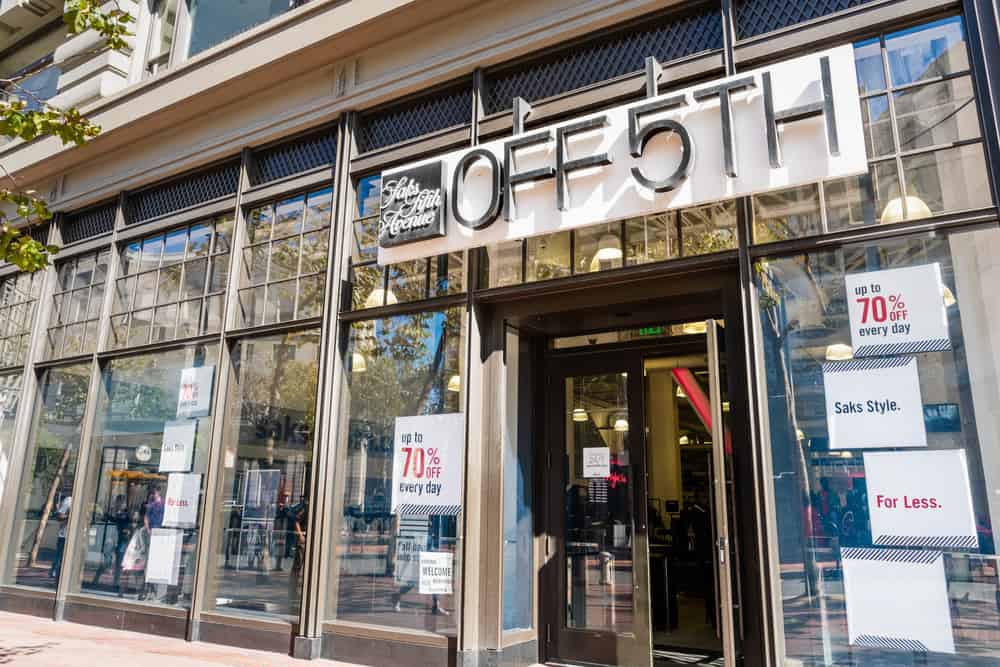 Saks Off Fifth is a subsidiary of Saks Fifth Avenue, a luxury department store chain founded in 1867. The store sells many of the same designer items found at Saks Fifth Avenue, and has extensive departments that include men’s, women’s, and children’s clothing, lingerie, beauty products, appliances, and housewares.

Like TJ Maxx, Saks Off Fifth has a large selection of clothing, accessories, beauty, and houseware items. However, Saks Off Fifth is much more expensive than TJ Maxx, often featuring designer items at close to the retail price, and lacks an area for shoppers to purchase discounted gourmet food items.

Saving money is never a bad thing, and when it comes to stores like TJ Maxx, you don’t even have to compromise style when shopping on a budget. These similar stores to TJ Maxx have all the stylish and useful finds you need to live your life at prices that will make them your new favorite place to shop.