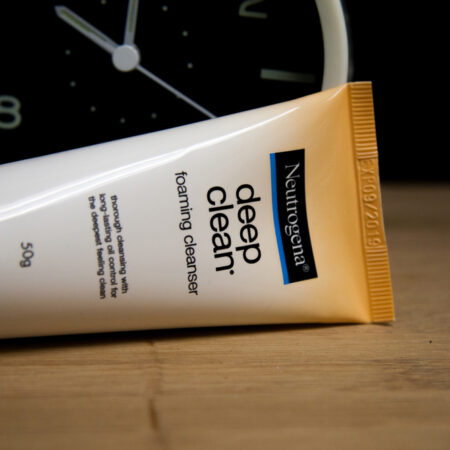 You’d think that in 2021, most people would be on board with treating all living things with kindness. Unfortunately, that’s not the case in the cosmetics world – not yet, at least. We’ve made a lot of headway in banning animal testing; at least 40 countries have banned it entirely. However, there’s still a lot of progress that needs to be made.

So, what about Neutrogena? If you’re a long-time Neutrogena user, you may be upset about the ugly truth. Let’s take a look at the fine print.

Neutrogena Is Not Cruelty-Free

…but they at least aren’t the worst-case scenario. Neutrogena only tests on animals when required by law to do so, and they’re actually making an effort to improve the situation altogether.

Neutrogena is honest on their Product Testing page, saying that they don’t do animal testing on “…cosmetic products anywhere in the world, except in the rare instance where governments require it.” They go on to say that they’ve partnered with organizations to find new testing methods that don’t harm animals “…to ensure a new global standard can be met.”

Based on these statements, we are to believe that they don’t test cosmetic products on animals unless they have to in order to sell their products. But, their statement doesn’t specify whether or not they test specific ingredients at any point during production.

Neutrogena doesn’t explain that themselves, but we can find answers through their parent company, Johnson & Johnson.

Talk to the Parents: Johnson & Johnson

On Johnson & Johnson’s Commitment page, they state that their products aren’t tested on animals “…in the research or development of our cosmetic products.” That’s relieving to hear, but the following sentence says that some countries still require animal testing. They don’t outright say that they partake in it, but we can infer.

It’s great that Johnson & Johnson (and Neutrogena) are making an effort to end animal testing, and we should acknowledge their effort. However, we must also acknowledge that they still choose to sell their products in countries that require animal testing on imported cosmetics. They could choose not to sell in those countries so they can be cruelty-free, but that’s just not the case.

The Problem With Selling in China (and Other Countries)

China is one of the leading countries that require animal testing on cosmetic products that are sold in their jurisdiction. It’s a frustrating situation because animals get hurt, and companies aren’t able to sell their products if they don’t want to contribute to the animal testing problem.

The great news is that China, one of the countries that has been the most strict about animal testing, has new regulations regarding animal testing.

Imported general cosmetic products no longer have to be tested on animals. “Special-use” cosmetics aren’t off the hook, though.

“Special-use” cosmetics include but aren’t limited to hair perming and dyeing products, whitening products, hair loss treatment products, sunscreen, and freckle removers. Most other products like makeup and skin cleansers are considered to be “general” and therefore don’t have to be tested on animals.

Of course, sellers will need to provide the required paperwork to be exempted from animal testing. But, these brand-new regulations will bring Neutrogena and many others one step closer to being cruelty-free. This also doesn’t totally remove the risk that products will under-go post-market animal testing.

If you enjoy using Neutrogena, but you don’t feel good about supporting a company that chooses to sell in countries that require animal testing, there are plenty of options for you. Below, we’ve listed out several brands with products that are similar to that of Neutrogena’s so you can make a seamless switch to a safer company.

Acure is dedicated to providing consumers with vegan and cruelty-free products that leave out controversial ingredients like parabens and sulfates. They offer many skin care and hair care products that are similar to Neutrogena, including cleansers, hydrating creams, scrubs, and masks.

If you want to brighten your skin, try the Spring Glow Kit. It comes with an exfoliating scrub and a serum to help give the  skin a glow. If you’re looking for a hydrating or anti-aging cream, try the Radically Rejuvenating Whipped Night Cream.

Badger is a family-owned company that makes organic and cruelty-free skincare products. It’s the perfect brand for outdoorsy people since they make bug spray and sunscreen along with cuticle creams, lotions, and body oils.

If you need a daily sunscreen, try their Natural Mineral Sunscreen. It’s unscented and waterproof, making it perfect for daily use or for long days in the sun. Their Damascus Rose Cleansing Milk is a rosewater facial cleanser that removes makeup.

If you have sensitive skin, Ceramedx is the right choice for you. They have cleansers, sunscreens, lotions, and more that are specifically designed for sensitive, dry skin. They’re dermatologist-approved, vegan, organic, and cruelty-free.

If you need to breathe some new life into your sensitive skin, try their Skincare System Regimen For Dry, Sensitive Skin. It comes with a cleanser, lotion, and moisturizing cream. If you need a cleanser, the Gentle Foaming Facial Cleanser will clean your skin by removing oil, dirt, and makeup.

Neutrogena isn’t cruelty-free. They sell their products in countries that require animal testing for imported cosmetic products. Although they make that decision, their parent company, Johnson & Johnson, is involved with organizations that are working to abolish animal testing altogether.

If you’re not comfortable purchasing Neutrogena, there are plenty of cruelty-free alternatives for you to choose from available on Amazon and in stores. They’re a lot like your favorite Neutrogena products, but without the cruelty.