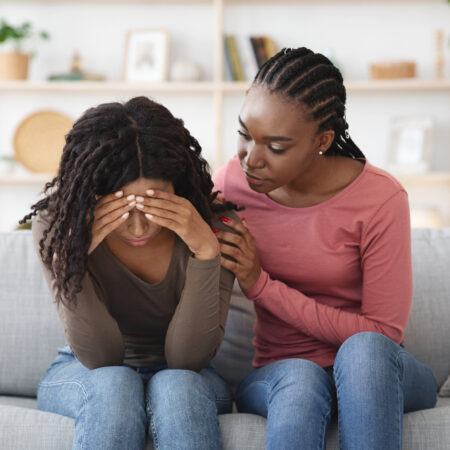 You may not know who The J. Geils Band is, but you’ve definitely heard their 80s hit classic ‘Love Stinks,’ the chorus of which is a time-tested pearl of wisdom. Despite the thrills and wonders it can bring, love does indeed stink, if for no other reason than the fact that when it’s going downhill, it feels pretty awful.

Speaking of feeling awful, is there anything worse than the creeping notion that your boyfriend doesn’t love you anymore? For the anxious romantic in particular, this can feel somewhat nightmarish; a partner who isn’t communicating the changes in their feelings may not be someone worth holding onto anyway. But if you’re committed to making it work and getting through the rough patch you’re currently in, it’ll help you to explore the possible reasons why your boyfriend’s feelings may be changing.

We’re here to talk in greater detail about five signs he’s falling out of love and what you can do about it. Read on if you want to gain a little clarity and a lot of peace of mind.

5 Signs He’s Falling Out of Love

There are five unmistakable behavioral changes that’ll tip you off to an emotional shift in your boyfriend. While these may not apply to your situation exactly, they’re still worth looking into if you’re serious about working through things with your boo.

1. He Expresses Anger and Frustration Differently

If your boyfriend is normally pretty chill, then a sudden change in the way he expresses and communicates frustration could be a warning sign that something’s up beneath the surface. Whether he starts getting upset at you for seemingly trivial things (e.g., what you’re wearing, leaving things in places you don’t normally leave them, etc.) or starts yelling at you and criticizing you for making him upset, it’s pretty clear that he’s attempting to start a fight. That’s a call for a much deeper conversation.

If your boyfriend isn’t great at communicating openly to begin with, then sudden and inexplicable outbursts could be subconscious attempts to sabotage the relationship. He’s hoping that by picking a lot of unnecessary fights with you, you’ll get fed up and want to call it quits before he has to rip off that bandaid himself.

Physical touch is the bread and butter of most healthy romantic relationships. Cuddling with your loved one releases the feel-good hormone oxytocin, which is what cements social bonds and keeps them strong. Oxytocin also makes you more generous, grateful, collaborative, nurturing, and empathetic, so snuggling up is one of the best things you can do to keep that spark burning bright.

With that being said, a loss of physical touch in your relationship could point to deeper issues. This is especially true if your man expresses his love primarily through physical touch, in which case a sudden lack of it is definitely a cause for alarm.

Even though a relationship is easier if a couple shares common interests, a lack thereof doesn’t automatically doom your dynamic to breakup purgatory. Plenty of couples do alone time together, where one engages in an activity they love next to their partner who is doing something else. Other couples may make it a point to schedule a weekly or bi-weekly date night so that they can reconnect and remind each other why they’re together in the first place.

So if you notice you and your boyfriend are both so busy to the point that neither of you seem to be making time for each other anymore, you need to do a relationship health check, stat. It could be that both of you just have a lot on your plates, or a sign that he’s not interested in making as big of an effort to maintain the relationship as before. Either way, it’s a problem you’ll both need to address to keep the connection going strong.

4. He Doesn’t Tell You About the Little Things Anymore

If it’s been a while since your boyfriend has given you a full report on his daily activities, it could be a sign that your bond is weakening. When your partner stops sharing the little details about what he’s doing everyday, he may not view getting your input on his daily life as a priority anymore, which could point to something more ominous.

The worst case scenario here is that he’s hiding something from you. Of course, we don’t want to fill your head with a ton of terrible “what ifs,” but the point is that if you feel that this newfound sense of distance could be a sign of something bigger, address it with your partner ASAP.

5. You’re Looking For Signs That He Doesn’t Love You

Our gut is a lot smarter than we give it credit for—so much so that sometimes it knows what’s up before our conscious minds do. If you find yourself on the lookout for little signs or indications that your boyfriend no longer loves you, perhaps you’re sensing that it’s already happening. Think about it: When you feel deep down that things are going well, you don’t feel compelled to look for warning signs. When the converse is true, though, then suddenly you’re on red alert.

Heck, the fact that you’re reading this article is a pretty big sign that you know something fundamental has probably already shifted in your dynamic. The good news is there’s still time to do something about it, so read on for suggestions on how to tackle the issue of your boyfriend’s waning love. 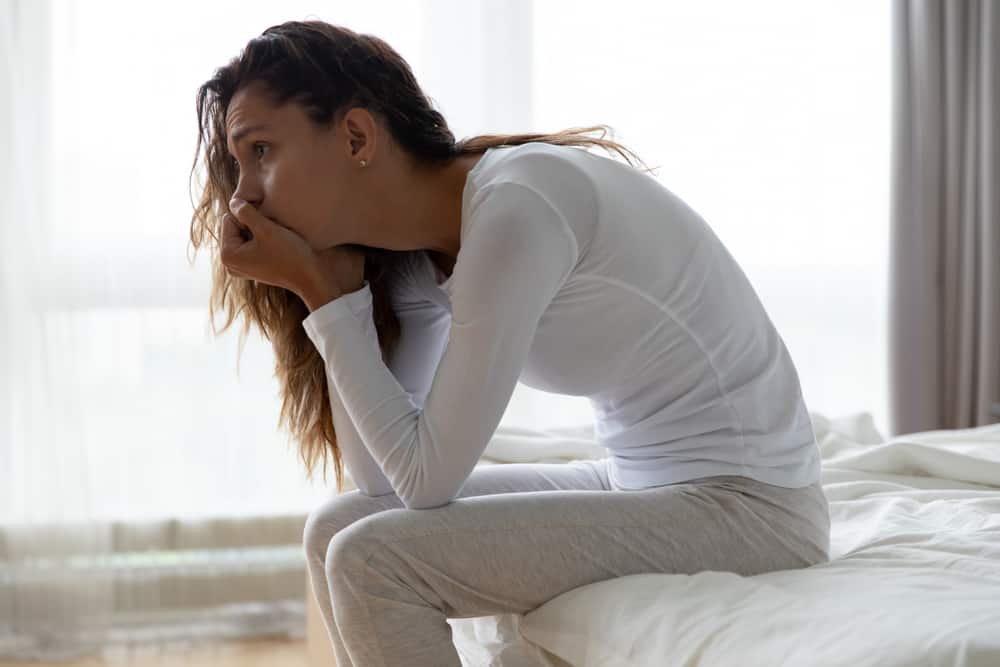 Some of These Apply to My Situation—Now What?

Perhaps you’ve discovered that you can relate to more than one of these warning signs. As much as that stinks, there’s still hope for getting through this rough patch—especially if you’ve already raised the issue with your boyfriend and he’s open to working through it.

We’ve put together a list of things you could do to help get your relationship back on track. Keep in mind that everyone’s situation is different, so you may not be able to apply some of this advice.

1. Raise Your Concerns With a Loving Touch

When conflicts arise in relationships, a lot of times both partners take on a ‘you vs. me’ mentality, as opposed to the much healthier ‘us vs. the problem’ mindset. You’re not in a battle with your partner, so why act like it? There are ways to express your frustration without turning the argument into a knockdown, dragout fight.

But perhaps you or your partner is extremely conflict-avoidant, and therefore unlikely to get through a heated discussion without dissolving into tears or shouts. If you’re worried about how your partner will receive your complaints, try lovingly stroking their arm or holding their hand while calmly verbalizing your frustrations without making accusations. It’s a simple addition that could yield much calmer arguments, and therefore, quicker resolutions and a stronger mutual understanding.

We don’t, however, recommend using this tactic during a particularly animated quarrel, as it could escalate into something much worse if neither party is mindful of what they’re doing.

There’s a reason people take their car in for periodic oil changes: They want their car to stay in tip-top shape and run for as long as it can. Tedious as it can be, it’s also a necessary part of automobile maintenance and is very much worth the investment.

Interestingly, you could apply this same principle to your romantic relationship as well. If you and your boyfriend have been running into problems lately, then suggest a weekly meeting where you can both express your thoughts and feelings on what’s happening between you two.

Regular checkups allow you to tackle issues early on, before they turn into lingering resentment. You’ll also be able to spot trends or weak points that are worth addressing in your dynamic. You invest a lot of time into caring for your car, so why wouldn’t you do the same for one of the important relationships in your life?

We know, we know—most people think a “break” is really just a transition period into a breakup. While we aren’t necessarily arguing that the opposite is true, sometimes taking a few weeks to cool off can help you and your boyfriend gain the clarity you’re seeking. The trick is to approach the break knowing you’ll reconvene at some point and decide if you want to keep moving forward in the relationship. But if the break is open-ended—and therefore, more of a half-hearted attempt at a breakup—both of you can save each other time by calling it quits right then and there.

Try to keep the break somewhere between three to six weeks long; usually a month is enough time for people to decide whether or not they want to stay with their partner. Any shorter than that will render the break useless, and any longer than that will cement your new status of single and minglin’.

A Final Word on That Waning Lovin’ Feeling

Sure, love stinks—but it doesn’t have to stink as bad if you put in the work to repair what’s broken. Most of the time, relationship issues can be solved through an honest and frank discussion, provided both partners are able to see what’s wrong, be honest with themselves as to how they’re contributing to the problem, and make an effort to change their unsavory behaviors moving forward. Best of luck working through it with your boo, and thanks for reading!