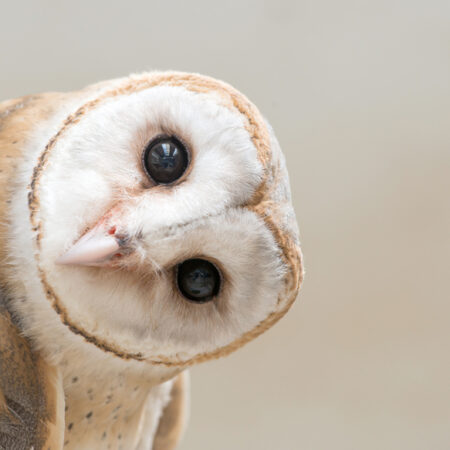 Owls are magical, mystical creatures that occupy the night world. Not only are they nocturnal birds that can see in the dark, but owls are powerful hunters, famed for their remarkable ability to fly in complete silence. Unlike other birds of their size, the unique design of an owl’s wings alters the air turbulence which allows them to fly without making a sound. Owls also have a novel ability to see in almost any direction, which is why they are revered as a symbol of infinite sight.

Myths and legends about these mysterious birds abound in cultures in the Americas and the far East, symbolizing everything from inner wisdom, strength, mystery, death, to the supernatural. These connotations and their unique appearance make them a popular tattoo that can come in a variety of designs and colors. This article provides information on the symbolism and history of owls and what kind of tattoo options are out there.

What Do Owls Symbolize?

The owl carries many symbolic meanings which vary between cultures. Below are a few of the most common themes associated with these night creatures.

One of the most well-known meanings of an owl is wisdom. However, unlike intellectual wisdom, owls are linked with the deeper wisdom of the soul. This is connected to ancient beliefs about owls being protectors of knowledge from the underworld.

Because owls can see in the dark, they are associated with clarity of vision and the ability to see past veils of deception. Owls encourage one to see what is hidden and to be discerning with other people and situations. They are also symbolic of the ability to trust one’s instincts and to see beyond the surface of things.

In some traditions, owls are messengers of death, which, on a broader scale, is associated with change. This harps back to times when an owl hoot was used by tribes to signal the approach of attack. An owl’s call is therefore synonymous with impending transformation and the arrival of death or peril.

As creatures of the night, owls are associated with the supernatural, particularly in folklore traditions. Long thought to be connected with the afterlife, owls represent access to the supernatural realms. Their eerie calls in the night air also give them an added sense of mystery.

Images and tales of owls are abundant in tribal folklore and religious sects. While some cultures see owls in an optimistic way, others refer to these creatures in a more ominous manner.

In Native American traditions, owls are connected to wisdom and death. Believed to be harbingers of sacred knowledge, many tribes associated this wisdom with the patterns of time and the secrets of the afterlife. Some also thought that seeing an owl was a sign that their ancestors were sending messages to them about other tribe members.

Concerning death, some tribes believed that the bone circles around owls’ eyes signified ghosts and lost souls. Others believed that the hoot of an owl was a bad omen because it meant that the dead accompanied owls in their journey to the afterlife.

However, for other tribes such as the Hopi, owls were used more as guardians and were less connected with death and mystery. In these cases, owls were more symbolic of clan identity, which is why their images were carved on totem poles.

Celtic traditions have a slightly different take on the owl. Regarded more as a warrior and a guardian of honor, the Celts believed that owls were a path to underground knowledge. They also believed that these creatures were strong defenders of honor and truth and that they had no tolerance for lies or deception. Owls were also symbolic of the ancient Celtic goddess of fertility. This is evidenced by the owl branding on Celtic clothing, particularly in knotwork designs, bestiaries, and household ornaments.

Perhaps the most popularized symbol of an owl is its association with the Greek Goddess of wisdom and war, Athena. According to ancient myth, Athena always had an owl situated on her blind side so that she could see the whole truth of an event or situation. Owls therefore accompanied Greek armies into war and if any of the soldiers spotted one, this was considered an omen that the Goddess of War was smiling on them. This representation carried through into Ancient Greek culture where owls were a symbol of higher wisdom and a guardian of the Acropolis.

Like other traditions, the owl in the Bible is revered as a symbol of intelligence and wisdom, but it also has a few negative connotations. Other mentions of owls in the Bible and the Holy Scriptures describe the owl as carnivorous birds that represent solitude, destruction, mourning, and desolation. So, although owls symbolize wisdom in Christian traditions, its meaning is largely ominous.

If you’re already convinced that an owl tattoo is for you, there are many ways you can go about it. Below are some of the more common owl tattoo themes to consider.

Great Horned Owls are associated with power, strength, and beauty. In the wild, they are known for their strong grip and fierce ability to defend their territory. Symbolically, the Great Horned Owl encourages one to remain loyal and stand firmly by their beliefs. This species makes a great tattoo because of its attractive unique features and horn-like ears.

One of the most majestic-looking owls is the Snowy Owl. Famed for its beautiful white feathered coat, the Snowy Owl is native to North America and the Palearctic, representing class, dignity, and wisdom. In tribal lore, it is also believed that Snowy Owls carry the wisdom of the Elders and have the ability to channel intuitive knowledge. A Snowy Owl can make a majestic tattoo, one that signifies grace and beauty.

Another version of an owl tattoo is one that incorporates the Goddess of War. This pairing reflects the symbolic combination of the owl’s ability to see in all directions, giving Athena access to the whole truth. A tattoo of Athena and her owl would appeal to someone with an inner warrior/warrioress.

Barn Owls are one of the most well-known species in the world and are famed for being highly successful nocturnal hunters. Very few species can outcompete a barn owl’s hunting prowess and their ability to live in any human setting — hence their name. A Barn owl tattoo can therefore symbolize calmness, skill, and mystery.

Owls are notorious for being able to see clearly in the dark, which makes their eyes a revered symbol. While owls’ eyes are fixed in their sockets, their ability to turn their heads at unique angles means they can see in nearly every direction. Owl eyes on their own make for a powerful tattoo that can signify observation and keen sight.

Long associated with tribal culture, the owl is often seen as a symbol of wisdom, death, and change. In some tribes, the owl also represents strength and protection and is venerated as such. Tribal Owl tattoos can take the form of a tribal design or in combination with symbols such as dream catchers.

One of the most ominous symbols of owls is its association with death. Often representing the spirits of lost souls, owls stand for death in many forms. An owl-skull tattoo is thus an expression of this realm and can be a representation of mortality.

Owls also represent mystery and the supernatural. This carries over into beliefs that owls can channel information from the underworld and are guardians of sacred knowledge. A mystical owl allows for experimentation with intense colors and additional symbols such as the moon and the night sky.

Getting an Owl Tattoo

With so many symbols and types of owl to represent, there are a lot of options when it comes to owl tattoos. Before you embark on getting one, however, it’s a good idea to do some research into the kinds of symbols and themes you’d like to express.

Deciding on the location of the tattoo is also paramount, as it will dictate the size and scope of the design. Some opt for small owl tattoos on the fingers, for example, while others have designs across the whole of their arm or chest.

Owls look good in both black and vibrant colors, so it’s worth reviewing a few alternatives to determine what you prefer. Other options to consider are whether you want the owl to be solitary, with its wings in or outstretched, or combined with other elements such as a tree branch.

Whatever you decide, take some time with your tattoo artist to see what they can offer. View as many options as you can so that you’re certain you’ll be happy with the final product. Have fun designing!