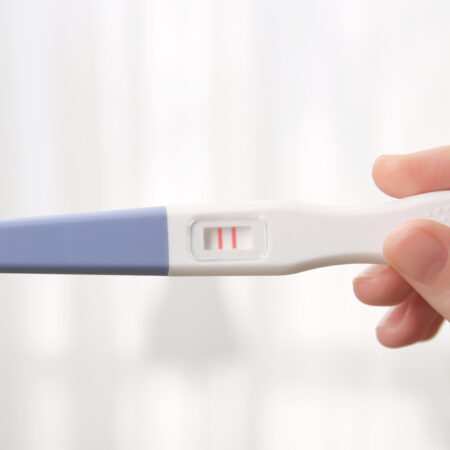 An unplanned pregnancy is scary. But being alone with this knowledge is even scarier, so it’s important you tell your boyfriend that you’re pregnant.

The most important thing to remember is: you’re not alone.

Around half of pregnancies in the US are unplanned, so you’re not the first person to tell your boyfriend that you’re having an unplanned pregnancy. You won’t even be the only person doing it today, as around 250 babies are born every minute. Even though this feels like (and is!) a huge deal to you, it’s a totally normal thing, so there’s no need to panic.

Take a deep breath, and remember that if you like your boyfriend, he’ll probably react in a positive, balanced, understandable way.

Here’s how to break the news to your boyfriend…

False positives are unlikely, but they’re absolutely possible. If you’ve taken a pregnancy test and it’s positive, you’re probably pregnant, but you’re not definitely pregnant, as they’re usually only around 99% accurate (or a little less). Either take a couple more tests or speak to a healthcare professional to make sure you’re definitely pregnant.

You may want to do this before or after telling your boyfriend (that’s up to you), but you definitely need to make sure that you’re definitely pregnant.

Whatever your boyfriend wants to know, answer his questions as honestly and transparently as you can. He might want to know when you found out, when your due date might be, or even if you know how it happened. He might even want to see the pregnancy test(s) you’ve used.

You don’t want to do this over a text, or even over a phone call. You should be respectful and tell him in person. This will allow the two of you to communicate in person, which is often the better option.

Communicating in person is also easier, more open and more transparent. You can articulate yourselves better, you can listen to one another better, and you can see each other’s body language and facial expressions. 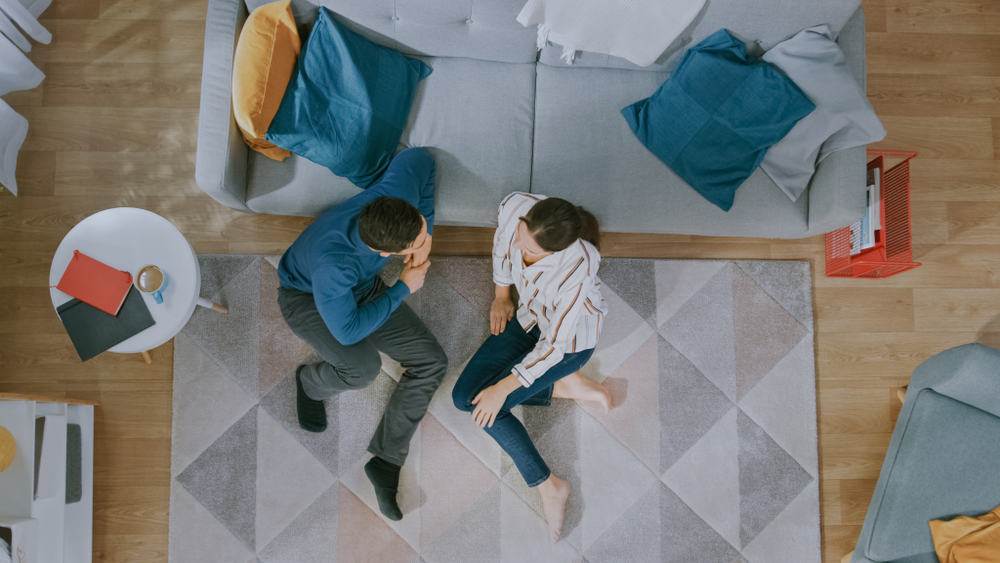 You don’t want to have this chat in McDonald’s. Do it somewhere private, peaceful and quiet, where you can both express yourselves properly, fully and articulately. It’s best to do this in your home or his, but a quiet park on a sunny day is also a good option if you’d rather tell him outdoors.

It’s better to be shocked together.

Try to tell your boyfriend as soon as you can, so that his feelings match up with yours. If you give it a few days to wait for your shock to subside before you tell him, that’s a little unfair on him, as his level of shock won’t match yours.

Because you’re probably scared, you’ll probably want to leave it a while before you break the news. But there’s little point waiting to consider what your boyfriend’s response will be. In truth, you don’t know what his response will be until you actually get his response – so don’t dwell on it, just meet up with him as soon as you feasibly and appropriately can.

But none of that matters anymore, because you’re pregnant now. If you start blaming him or yourself, you’ll only stir up conflict… and conflict isn’t what you need right now.

The same should go for him. Your boyfriend also shouldn’t be trying to lay blame, so call him out on it if he is. You guys are in this situation together, so you need to take shared responsibility for how things are.

There isn’t one, so don’t wait for one. There’ll always be some reason why you feel like you can’t tell him, like an important exam, a job interview, or a driving test or whatever. The longer you wait to tell him, the harder it’ll get.

Make sure you and your boyfriend have at least an hour or so to sit and chat.

If he’s just about to leave for work or school or whatever, and you only have five minutes to chat, that isn’t a good time. You’ll need at least an hour to sit and talk about this properly, so make sure you choose a time when you both have time.

#9: Give Him Space and Time to React

Maybe he’ll be upset today, but then okay tomorrow. People’s feelings change when you give them time to process their reactions.

That said, it’s of course not okay if your boyfriend gets violently angry, or very aggressive. A little shock, surprise and anger is fine, but if your boyfriend scares, hurts or intimidates you, that’s a very bad sign – and he’s probably not the type of person you want to raise a child with.

#10: Take Your Next Steps Together 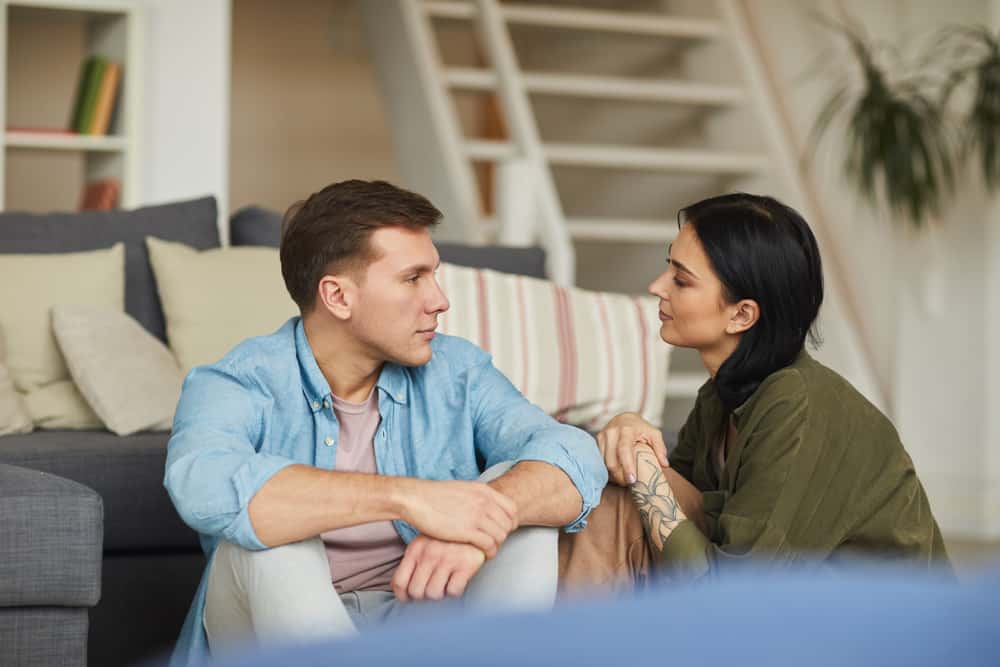 Maybe this is the start of parenthood. Maybe you’re not yet ready for a baby and you need to take steps towards making sure that doesn’t happen. Maybe you both need a little time to work things out together.

Whatever you want your next steps to be, it’s important you talk about these next steps with your boyfriend. Make sure you have a shared vision of how you move forward from here, and move forward accordingly.

#11: Think About Where Your Relationship Already Is

Have you been with this guy for a week? Three months? Ten years? Depending on how long you’ve been together, how serious you are about each other, how old you are and lots of other factors, your situation will vary accordingly.

#12: Don’t Worry About What Society Thinks

Do you want a baby? Don’t you? What are your plans for the future? Don’t let anyone push you into any decision – this is a decision for only the two of you to make.

This is the most important tip of all. Fear won’t change anything now, and there really isn’t much to worry about. You’re still in control, and hopefully you and your boyfriend can have a great, productive conversation about this.

Everyone on this planet is only alive because someone once got pregnant. This happens every day. You’re an adult, and your boyfriend is an adult, and together you’ll work out your next steps. Everything is going to be okay.

Now you’re totally prepared for telling your boyfriend you’re pregnant unplanned. This isn’t as scary as you’re expecting it to be, and sharing this with your boyfriend will probably be a positive thing rather than a negative one.

They say a problem shared is a problem halved. After telling your boyfriend, you’ll feel better, and you’ll be able to better plan your next steps together. Take a deep breath, get in contact with your boyfriend and do the job that needs to be done.