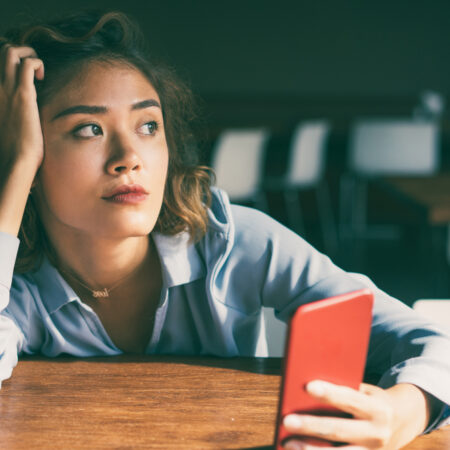 It’s one of the most triggering things in relationships when your partner tells you they’ll do something but they never do, especially when your boyfriend doesn’t call when he says he will. It can be pretty annoying, but for some people this is a very big deal where the situation can easily get blown out of proportion.

But what we need to remember is that a lot of the time, people forget to do the things they say they’ll do and science has even backed this up. If they can’t remember monumental occasions such as an anniversary, can we really trust them to give us a call every time they say they will?

Before You Jump to Conclusions

It’s a natural reaction to jump to conclusions when your boyfriend doesn’t call when he says he will. When your expectations are not met, you try to figure out why. The mind gets busy thinking of reasons, sometimes even extreme ones.

But before you get ahead of yourself, you might want to give your boyfriend the benefit of the doubt and cut him some slack.

Assuming the reason why your boyfriend hasn’t called without even taking into consideration external factors is a recipe for disaster (and quite unfair, too). You should acknowledge his current whereabouts, like if he’s on a business trip, as well as the following other factors.

If this is the first time your boyfriend has ever done this, it can easily be a blip on his end. However, if your boyfriend does this all the time, it’s clearly an important point for discussion. You should also consider that maybe your boyfriend isn’t much of a talker, and if so, maybe you can compromise by simply texting each other.

Where you are in your relationship can be a huge factor as to why your boyfriend hasn’t called. A new boyfriend might still feel a little too nervous to call you at any point of the day, and he might feel like he’s bothering you if he calls during work hours.

At the other end of the spectrum is a boyfriend you’ve been with for years and who has gotten completely comfortable in the relationship. It’s easy to forget to make a phone call if you see each other regularly.

Possible Reasons Your Boyfriend Is Not Calling

You’re probably bored of waiting for your boyfriend’s call, or maybe you’ve even started thinking negative thoughts. But don’t let your imagination go wild. Most likely, the reason your boyfriend hasn’t called is a non-issue rather than something out of the ordinary.

The most obvious reason why a person might not call when they say they will is often correct: they forgot. However, this is also probably the most common excuse a guy comes up with when he forgets to call. You might think it’s a lame excuse because you never forget to call when you say you will, so why does he? However, studies show that men really are more forgetful than women.

A very valid reason why your boyfriend has not picked up his phone to call you is that he is currently in the middle of something urgent. He might also be in a position where he really can’t call (think natural disaster). 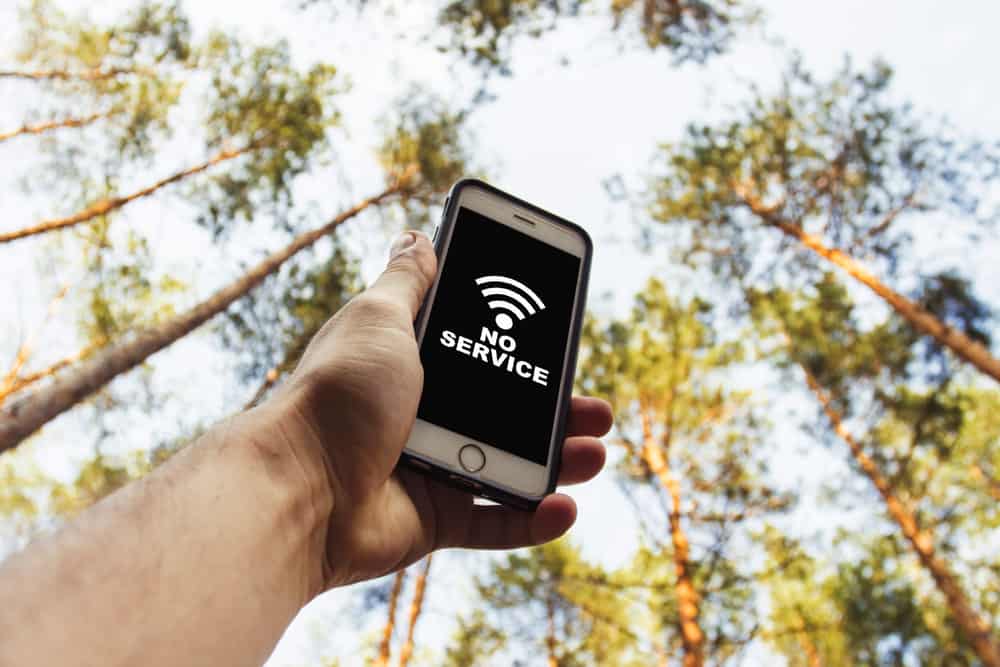 Phones may have brought (and still are bringing) people together, but seeing as modern technology has its limitations, you can’t count on being able to reach people all the time through their phones (and vice versa).

Your boyfriend might be in a dead zone wher his phone doesn’t have service, or maybe his phone died, or maybe it fell into the toilet (hey, it happens!).

Everyone feels blue once in a while, and your boyfriend is not immune to this. Perhaps he’s just not in the mood to talk to anyone and just wants some alone time. As the cliché saying goes, it’s not you, it’s him.

What to Do When He Doesn’t Call

As tempting as it is to simply wallow in negative thoughts, there’s so much you can do with your time. Instead of getting holed up in your room and willing your phone to ring, here are some other things you can do.

No, this isn’t about starting a fight. If you’ve got a lot of pent-up energy, it’s better to use it up at the gym. Exercise is also known to release endorphins (aka the happy hormone), which can help you relax.

This is a good time to reflect on the relationship—and more importantly, it’s a great opportunity to get to know yourself better. Think about how you are feeling and try to understand why it bothers you when your boyfriend doesn’t call when he says he will. You might be surprised to find out that it is more than just a pet peeve and could actually be a form of validation seeking.

Just because he’s not calling doesn’t mean it’s the end of the world. Don’t put your life on hold waiting for a call. Go out and have fun, maybe even go shopping!

Remember, it’s not about creating distractions to keep yourself from checking your phone. You deserve to do activities that nourish you and make you happy with your full, undivided attention.

What Not to Do When He Doesn’t Call

It’s normal to get upset as an initial reaction if your boyfriend doesn’t call. What you do afterward is what you need to be careful of as it can have long-lasting or permanent repercussions on you, your boyfriend, and your relationship.

You can’t help but make an assumption as to what has happened to your boyfriend, and that’s fine. What’s not okay is overthinking and then making up all of these unfounded scenarios in your head. You might end up simply making yourself feel worse as you explore the different possibilities.

Don’t Complain to Your Friends

Going on a mindless rant about your boyfriend to your friends is a really bad idea. Your friends may end up disliking your boyfriend or worse, you. It is, however, okay to ask for advice from friends. But make sure the friend you’re thinking of relying on is mature or is in a healthy relationship.

Don’t Go On the Offensive

It’s a common response to hurt someone who has hurt you. But storming off to your boyfriend’s house or office and demanding an explanation is not the solution. Being passive-aggressive also counts as a hurtful action, so don’t even think about giving him the cold shoulder when he finally contacts you.

How to React When He Finally Calls

It’s the moment you’ve been waiting for! Your phone finally rings and his name is on the screen. You might be so eager that you pick up the phone a second after it rings, or maybe you let him sweat a little bit before you answer.

Whatever happens, give communication a chance, pick up the phone, and don’t let the call go to voicemail.

Whether he starts off with an apology or babbles away as if he didn’t make you wait, you are bound to feel a lot of feelings. Don’t push your emotions away or act on them immediately by blurting out how you feel. Instead, listen to what your boyfriend is saying and think before you respond.

Whatever you do, don’t let the phone call end without you telling him how you felt when he didn’t call when he said he would. Make sure to start with “I feel or felt,” instead of “You made me feel,” as this could seem like an attack and he would become defensive. Keep in mind that you are responsible for your own feelings, not him.

If this is the first time this has happened, you might be a little more forgiving and let the incident slide. But this is a crucial moment in your relationship—by not saying anything you are letting him know that this kind of behavior is okay. You need to tell your boyfriend how important it is that he calls you when he promises he will. 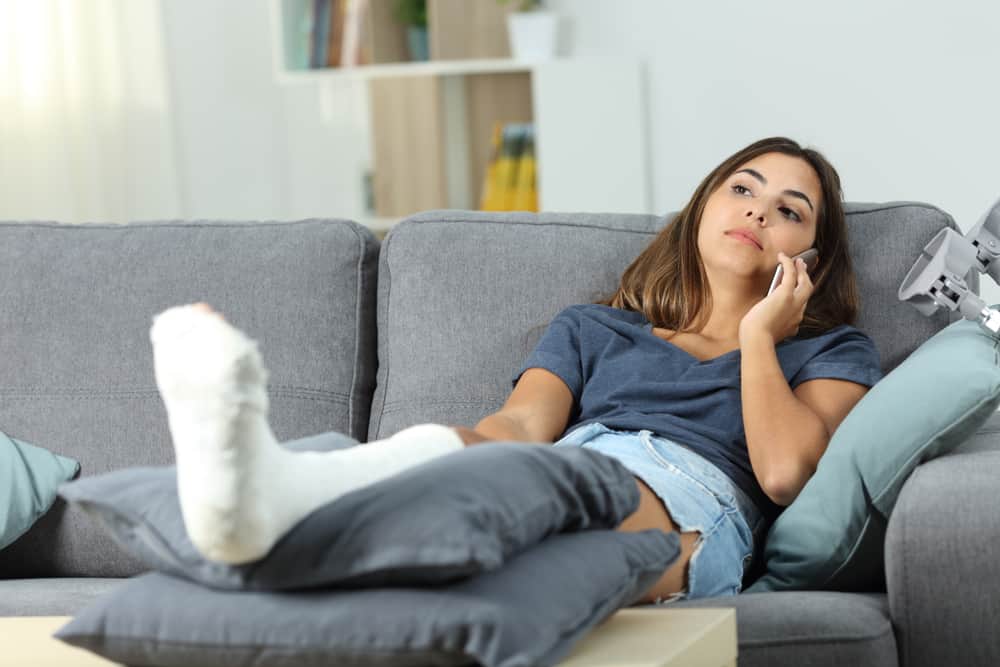 There are more than a dozen possible reasons why a boyfriend doesn’t call when he says he will. Most of the time, he literally just forgot. However, at the end of the day, it’s up to you whether you want to accept your boyfriend’s reasons or not, as well as whether you are willing to let this go or it’s a dealbreaker.

In every relationship, communication is key. This topic must be discussed so you and your boyfriend will know how to move forward in (or out of) the relationship.